In 1781, Quock Walker took to heart the new idea that all men are born free and equal, and that everyone is entitled to liberty, and to have it guarded by the laws. 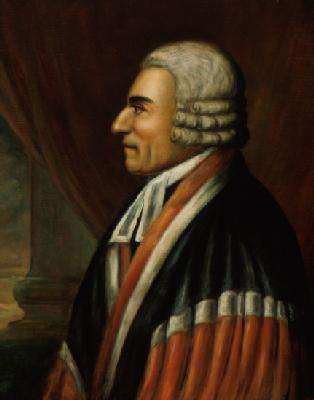 He sued for his freedom before the Massachusetts Supreme Judicial Court. And he won.

Walker was born in Massachusetts in 1753 to parents probably kidnapped in their native Ghana. At the time, a census showed 4,500 slaves living in the colony.

James Caldwell, a wealthy Worcester County landowner, then bought the family. Caldwell promised Walker his freedom at age 25, but died when Walker was 10. Caldwell’s widow remarried Nathaniel Jennison and told Walker they’d free him at 21. Her husband reneged, and Walker ran away in 1781 to a farm owned by his late owner’s brothers.

Jennison then retrieved Quock Walker and beat him severely.

A series of lawsuits followed. Jennison sued the Caldwell brothers for enticing Walker away. Walker then sued Jennison for his freedom. The Massachusetts attorney general, Robert Treat Paine, also sued Jennison for assault and battery. Paine had signed the Declaration of Independence and opposed slavery. Walker won his case before a jury of the Worcester County Court of Common Pleas on June 12, 1781. He argued slavery was contrary to the Bible and the new Massachusetts Constitution. An appeals court upheld the ruling, and Walker was free to work for the Caldwell brothers as an employee.

Jennison won his case, but lost on appeal.

In September 1781, the assault and battery case went to the Supreme Judicial Court. Chief Justice William Cushing instructed the jury.

Nowhere, he wrote, had Massachusetts “expressly enacted or established” the “right of Christians to hold Africans in perpetual servitude.”

Slavery, Cushing wrote, came from Europe and the British government for “the benefit of trade and wealth.”

The Natural Rights of Mankind

But a different idea took place in America, “more favorable to the natural rights of mankind.”

[O]ur Constitution of Government, by which the people of this Commonwealth have solemnly bound themselves, sets out with declaring that all men are born free and equal — and that every subject is entitled to liberty, and to have it guarded by the laws, as well as life and property — and in short is totally repugnant to the idea of being born slaves.

“I think the idea of slavery is inconsistent with our own conduct and Constitution,” Cushing then concluded. “And there can be no such thing as perpetual servitude of a rational creature, unless his liberty is forfeited by some criminal conduct or given up by personal consent or contract.” While Walker’s cases made their way through the Massachusetts courts, another slave was suing for her freedom.

Elizabeth Freeman, an illiterate 39-year-old mother from Sheffield, had heard the same new idea. Freeman agreed that everyone is entitled to liberty. She went to court and won her freedom in August 1781.

Those two cases ended the legal support for slavery. The Massachusetts General Court ignored slave-owners’ concerns about their ‘property.’ Over the next decade, slavery eroded away in Massachusetts. By the first U.S. census in 1790, the commonwealth recorded no slaves within its borders.

This story about Quock Walker was updated in 2022.