The past is a foreign country. Once upon a time I drove up through Maine and across the border into the wilds of Canada to take part in a bicentennial War of 1812 conference at the University of New Brunswick in Saint John. The event was great fun, in part because it was surreal to hear people who mainly look and talk like you refer to you as The Other, a once and—perhaps—future foe.

It’s hard to imagine what happened back then. For example, British Loyalists who fled the United States after the Revolution stormed back across the border to sack Bangor, Maine. U.S. Army forces burned York, which is now Toronto. Britain’s Royal Navy blockaded the East Coast, shutting down crucial seaports like Boston and Newport. Redcoats landed in the Chesapeake Bay and burned the executive mansion, which we now know as the White House.

In our lifetimes the United States has always been top dog in the world. Canada has always been a close friend. And we have always enjoyed a “special relationship” with Great Britain. But it wasn’t always that way.

I encountered the War of 1812 again in 2015, when I had the privilege to deliver bicentennial remarks at the Charlestown Navy Yard to commemorate the last battle of USS Constitution, when our nation’s most venerated sail frigate defeated two British warships, HMS Cyane and Levant. The story of Constitution’s 1815 “dual victory” is an inspiring one. It shows that ship crews can overcome certain timeless difficulties of naval war through seamanship, gunnery, and sheer entrepreneurship. To the extent that we remember the War of 1812, we tend to remember it as a victory. That’s because the U.S. Navy won a series of one-on-one victories over the Royal Navy during the early going.

Visit Constitution today and the tour guides will tell you the vessel is Boston’s only undefeated sports team, at 33-0! In fact, Royal Navy ships took to cruising in squadrons to avoid being outgunned by 44-gun frigates like Constitution and their excellent crews. The capture of the Cyane and Levant.

Constitution skipper Capt. Charles Stewart defeated Cyane and Levant one by one rather than blast away at them at the same time. Defeating one fraction of an enemy force, then turning to defeat the other fraction, is a timeless way to prevail when you’re outnumbered. Captain Stewart maneuvered his ship skillfully while taking advantage of a U.S. Navy technical advantage. Namely, American guns had longer range than the British navy’s. British captains liked to get close and blaze away—much as we saw Captain Jack Aubrey, a.k.a. Russell Crowe, do in Master and Commander, the wonderful naval epic that appeared in 2003. Stewart capitalized on that British preference and was able to hurt the British ships at a distance.

Stewart was able to maneuver Constitution to avoid being raked across the bow and stern, where wooden warships were most vulnerable. Instead he crossed ahead of and behind his opponents, raking them from ahead and astern. In one instance he ordered Constitution’s topsails taken aback—taking all way off the ship in a hurry so he could prevent Levant from crossing astern and engage from a position of advantage. The maneuver was reminiscent of Top Gun, when Maverick and Goose hit the brakes so the Soviet MiG will “fly right by” and appear in Mav’s gunsight. The contestant that does something unexpected and unorthodox gains a tactical advantage.

Being nimble and adaptive helps as well. Constitution suffered damage to her mainmast while pursuing the foe, compelling Stewart to order makeshift repairs and change up his tactics on the fly. He improvised and overcame. Both enemy ships struck their colors after a couple of hours of battle. That’s a rousing story, but the bigger picture is not so uplifting. In fact, both Theodore Roosevelt, a one-time assistant secretary of the navy and later a great navy president, and Alfred Thayer Mahan, the second president of the Naval War College in Newport, R.I., and probably the most influential naval historian ever, wrote histories of the War of 1812 precisely to debunk the popular legend that a plucky young United States had thrashed the preeminent sea power of the age. When remembering the War of 1812, no one should wave the foamy We’re Number One finger the way New England fans do in good years.

TR wrote his history of the Naval War of 1812 while a senior at Harvard during the 1880s. It remains in print to this day. Mahan followed up with his own chronicle in 1905. For them the War of 1812 wasn’t a parable showing what America ought to do when facing a war at sea; it was a parable about what not to do. They pointed out that the U.S. Navy had success in the early going because the Royal Navy and British Army were fighting Napoleon in Europe. Britain could spare only a small fraction of its military and naval power for a sideshow here in the New World. Battle of San Domingo, 1806 naval engagement in the Napoleonic Wars

By 1814, when the Napoleonic Wars were winding down, it could send much more of the Royal Navy’s fleet. After that the United States saw its navy and its merchant fleet—and thus most of its economy—shut down by an overpowering British blockade. American frigates like Constitution had a hard time even getting out to sea. The United States had unwisely failed to build a battle fleet in peacetime. Americans improvised a navy at the outbreak of war and talked themselves into believing they had won, on the cheap, with that makeshift navy.

Not so, said Roosevelt and Mahan. They implored Congress, presidential administrations, and the American people to construct a modern battle fleet in peacetime so that no hostile power could again blockade U.S. shores in wartime. The U.S. Navy didn’t need to be a “navy second to none”—that came much later, during World War I—but it did need to be big and strong enough to be the master of the western Atlantic, the Gulf of Mexico, and the Caribbean Sea.

A modest fleet of 74-gun capital ships—the aircraft carriers or battleships of their day—could control waters here in the Western Hemisphere, American home turf. The United States didn’t need to outbuild Great Britain or anyone else. Britain presided over an empire on which the sun never set, and had lots of demands on its navy. All the United States needed was enough to handle whatever the British were likely to send to the New World.

A Pick-up Navy Won’t Do

So the two historians concluded that America didn’t need to bankrupt itself maintaining a navy—but it did need to invest enough to safeguard its coastlines, and thus the maritime trade that flowed through seaports like Boston and Newport. A pick-up navy will not suffice. Some good news comes out of the War of 1812 to go with the bad. British prime minister Lord Palmerston once declared that nations have no permanent allies, only permanent interests. That may be true, but the former members of the British Empire—the United States, Canada, Australia, India, and Britain itself—come awfully close to being permanent friends and allies. English-speaking alliances certainly date to World War II, seventy-five years ago. They arguably date to 1917, when the United States joined the Allied Powers to beat imperial Germany in World War I. 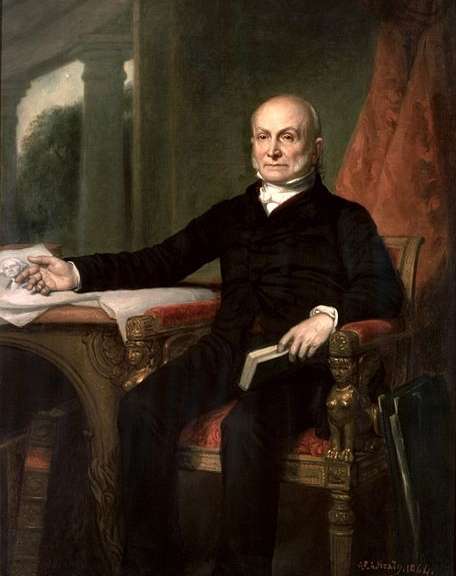 And these nations have been able to work together on matters of common purpose for even longer than that. Animosity lingered for awhile after the War of 1812, but not for long. For instance, President James Monroe’s 1823 message to Congress—the same document that announced the Monroe Doctrine, demanding that Europeans keep their hands off Latin American republics that had won their independence—also reported that the U.S. Navy and Royal Navy were jointly patrolling the Caribbean Sea to quash the slave trade. (The Monroe Doctrine was really the handiwork of Secretary of State John Quincy Adams, another eminent New Englander.) Monroe’s message came just eight years after the Peace of Ghent, which brought the War of 1812 to a close.

Margaret Thatcher, one of Britain’s longest-serving prime ministers, spoke at Tufts University in Medford, Mass., in 1997. Lady Thatcher rued the “rough patch” Britain went through during the American Revolution and the War of 1812. Fortunately, the erstwhile combatants soon smoothed out that rough patch. The past may be a foreign country, but exploring it shows that peoples need not remain captive to old enmities.